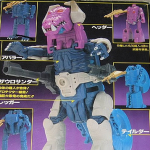 Fanon: Villains have codewords that distinguish them from the crank callers.

TINKER TECH LIST USE!!! How to edit steal from This 1 call it contribute?, This 2, This 3

Copied from Wikipedia, tracked down the 1975 version Life of Galileo directed by Joseph Losey, saw it a WHILE ago. I wonder how much this can be applied to Worm?

And of course, regular science marched on, if only in self-defense.

Agatha H. and the Airship City, by Kaja and Phil Foglio, Page 46 Again whenever people complain about out of place regular technology just think of the lengths normal people would go to gain an even footing with parahumans.
interesting stuff
Use this maybe

find the java script tracker used here for the ranking.

A set can not contain itself, so the page case 53 will not have the category case 53.

Weaver/Clockblocker is the Hermione/Harry or the Katara/Zuko of Worm, some poor deluded proponents think it's plausible and the evidence is there. Other saner proponents think it is clearly shown in the work itself that the pairing is highly unlikely. And the creators just watch the fandom turmoil and laugh at our tears.

something to use: Ceri-cin gar-golodh-o i dolen gobennas, a i meth?
What does it say when your entire identity is based on a lie?

Generally speaking, a power has a twist to it, something that takes it one half-step beyond the norm for superheroes. There also tends to be an irony to them, an integral factor or element that loops back to point to the character, typically their traumas or weaknesses.

With a character like Spiderman or Superman or the Flash, you generally have a pivotal moment that carries them forward, up, and above. The background, the character, and the power are all independent facets. The flash is a forensic scientist, he was zapped by lightning while showered with chemicals, and he runs fast.

In the Wormverse you have Taylor, who was trodden on, treated in a disgusting way, and her power perpetually leaves her underestimated and unnerves those around her, maintaining a distance. Her power is hers.

Tattletale was destroyed when she missed the details pointing to her brother's imminent suicide. Her power leaves her constantly grasping for more information and never quite having it all, teetering on that same brink. Give her powers to Taylor and Taylor's to Tattletale and it doesn't quite fit.

Grue was abused by his mother's boyfriend when he was young, and fought to develop the strength and fortitude to never be that weak again. To go to help his sister with the same man, and to see the house and be brought back to his weakest, darkest moment, the man's eyes on him, he found the power to immerse the world in darkness. Environment and malign attention and the desire to protect his sister all factored into his power being what it was.

Generally speaking, in other settings the powers are a tool the character possesses, and the story is driven by the character & that character's identity. You can (and many have) swap out powers and still maintain the core conceit. In Worm, in addition to that little twist or complication, the character and the power are intertwined.

I have a sand box now, shush though secret things are happening

Retrieved from "https://worm.fandom.com/wiki/User:FossilLord?oldid=49683"
Community content is available under CC-BY-SA unless otherwise noted.