What's on your mind?

Just had a thought. Theres the obvious Manton Limit that everyone knows, but theres one interesting similar limit in masters thats never addressed or talked about, probably because noone wants to research Masters when every single one I can think of is terrifying in one way or another.

Just found it very interesting, and strange that I never heard anyone else talk about this limit. Either someone whos a master is always directly in control, or they never had direct control. Theres noone who has "direct control of minion, until they grow up enough" or such, nor could someone with Direct Control like Taylor decide they dont want to directly control them, and lets them be free to do what they want anyways with no direction.

Its the vs community

And its always in the space battle forums

But I hear it ain't for everyone

So I came here to ask you a question

What makes it a "Not for everyone" type book series 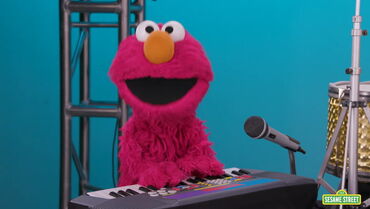 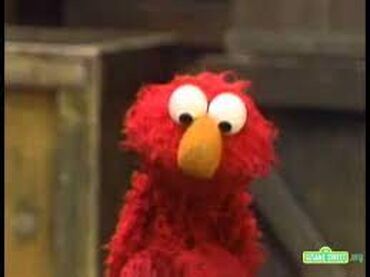 I have been looking at many different cape pages and noticed that they have a common theme, there's not even a speculated number for them but the wiki has what constitutes each rating. Is it a matter of only putting information that Wildbow and the novels say? or is it that people just don't want to?

On the page for The Meisters it reads

What is this part referencing, or even trying to say? Was there anything in the canon story about the German cape scene accepting vigilantism, or is this just a random history lesson about medieval vehmic courts or something?

(edited by Sephyrias)
The Meisters

I'm in ~Ch.15 and I can't for the life of me remember how the Darksiders came up with their 'everything is fine' radio code. Does anyone know which chapter that happened in/what the code is?

I noticed that the references-section is broken: "Cite error: ref tags exist, but no references/ tag was found"

Anyone got an idea how to fix it?

what kind of messy phonetic alphabet is wb using aleph, bet, cheit ... ect are these just nonsene words he made up or am i missing something?

Recently I asked Wildbow a question on Reddit message about the two unnamed Ambassadors who were killed in the Slaughterhouse Nine raid in Blasto's Interlude.  I updated the wiki but because there was no citation someone else changed it back which I understand.  However, I do have proof for my edits.  Just wondering how to upload these; do screenshots of conversations count for the purposes of evidence?

(edited by Suicel217)
Characters like Hookline and Kitchen Sink. If I try to create a new page for them I cant. Some help would be appreciated.
(edited by Ethicalhamjimmies)

I have a bit of speculative trivia I would like to have added to one of the character's pages (on Sundancer).  What are the proper channels to go through for this?

Just started reading a few days ago,currently in the "extermination" chapter, Just want to know if spoilers are hidden in this wiki, meaning there's no "status:dead/alive" on the top right side below the character portrait. My purpose here is to mainly search for images of the characters without being spoiled.

(edited by Blarga45)
How do I go about submitting fan art for the wiki?
(edited by A Fandom user)

We already have an exception to the usual rules regarding character names for our main protagonists, Taylor and Victoria. The purpose of this is not only to help highlight their unique importance, but also to tie into the fact that they both spend a lot of time without a fixed cape name and change names multiple times over their careers. Using a cape name as the title of their pages, whatever name we picked, would arguably be a spoiler in itself (and rather confusing even for those who don't care about spoilers.)

In Ward, the members of Team Breakthrough are undergoing similar journeys of self-discovery; several have only just received a cape name for the first time in Ward, while some have already gone through multiple cape names even though we're still quite early into the story. All the same considerations apply.

Thus, after some discussion, we have decided to extend the same "protagonist rules" we use for Taylor and Victoria to all the main members of the Undersiders and Breakthrough. That is, regardless of any cape names they may use, their pages will now be titled using their civilian names whenever possible.

I've already renamed them, this is mainly just to inform people that it's not a mistake.

Thank you everyone for making the Worm Wiki fantastic and hopefully setting it up for the spotlight! I've been trying to update stubs, artwork, and chapter summaries when I can.

With the spolight being more of a real thing, I'd love to help out from a design perspective and make our wiki look more like some of the larger more polished ones. I've been working with Fossil on Reddit (/u/noneo) on some design suggestions but it seems like there are some technical difficulties getting the artwork uploaded and installed properly.

I'm hereby requesting permission to modify the design of the 'home page' of our wiki. This is kind of what I had in mind:

And eventually, we could even go the route of shiny character link boxes like this:

Let me know if you all have any questions.